Skip to content
Previous Next
How Many Google Searches Per Day?

How many searches are done on Google per day? 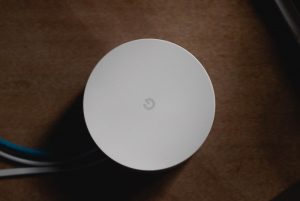 Things like the Google Home Mini pictured here are very inexpensive, yet allow information to be at your immediate disposal by simply saying “Hey Google”.

How many searches are done on Google per day? How many Google searches are done per second? Very good questions because this number is increasing exponentially; the amount of smart devices will grow from 2 billion devices in 2006 to a projected 200 billion by 2020, the world population continues to grow, and internet adoption worldwide continually increases (less than 30% of the world used the internet in 2010 compared to over 56% in March of 2019). This means that opportunity for users to search on Google will grow 10, 20, or maybe more, fold. Yes, not all those searches will be done on Google, but since Google has consistently owned around 90% of the search share market, you can expect that number to grow proportionally with the other catalysts for increased searches.

We estimate that, per second, there are almost 80,000 searches done on Google per second! We came up with this number by using this Google Search Statistics counter and dividing the number shown by the amount of hours that have past in the day. Simple, not-that-scientific, number crunching on our part but it works.

About the Author: Jon

Lover of business, dogs, and training, Jonathan has over a decade of digital marketing experience. Having worked with national top brands, CEOs, and other major stakeholders, he thinks like a consultant with a focus on digital marketing. Want to know the latest trends in SEO? Ask him!